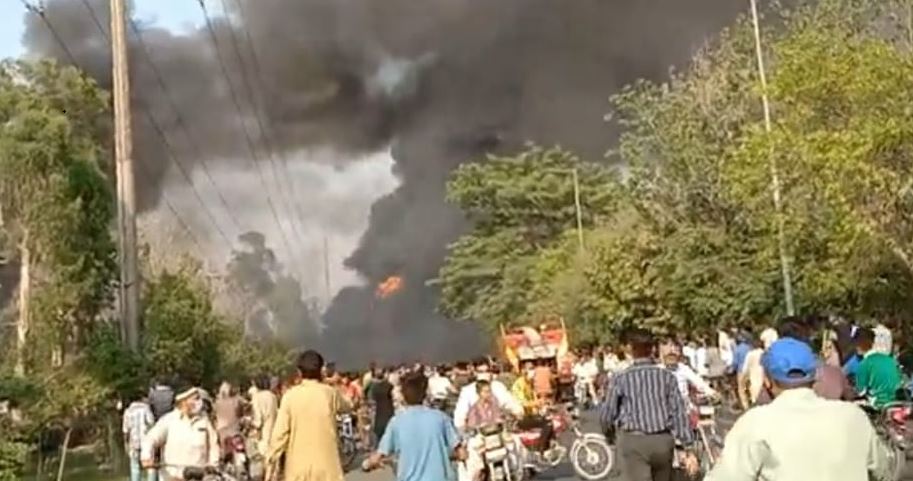 On 5th May 2021, a Fire broke out in an oil tanker during the supply at a petrol pump in Lahore in the area of Fateh Garh. Due to the intensity of the fire, smoke was clearly visible from miles. Oil Tanker was parked inside the petrol pump and the driver skillfully pulled the half-burning oil tanker out on the main road, but the fire destroyed the petrol pump and three cars. Fortunately, no human loss is reported yet.

Rescue teams were called on the spot. Twenty rescue employees along with three cars came to control the fire and they succeeded after almost forty-five minutes. Traffic on Canal Road, Mughal Pura, Harbans Pura was also jammed because of the fire, and later on, the authorities closed the traffic in those areas.

It was the bravery of the driver that he successfully moved the tanker, which was on fire, out of the petrol pump and saved the area from major damage.