Today on 1st April 2020 around 1 PM, a sudden Fire erupted in Urdu Bazar, Rawalpindi, which caused heavy losses to traders. More than twenty shops are engulfed by the fire and millions of goods have been burnt. Officials revealed that the fire broke down due to a short circuit on the ground floor and then spread to the third floor. The fire was also spread in nearby shops and houses due to heavy wind. Many shops and houses around that area are evacuating and Sarafa Bazar has also been closed. Rescue teams and more than ten fire Brigade vehicles of the Water and Sanitation Agency (WASA) reached Urdu Bazar when they knew about the fire. 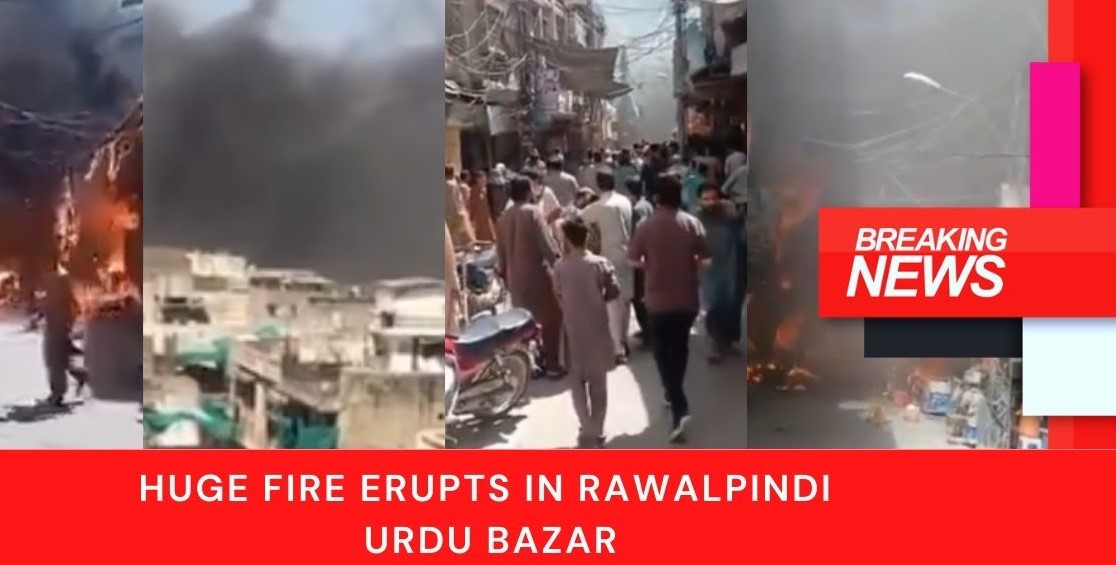 Currently, rescue teams along with their ten Fire Brigade vehicles of WASA are trying to control the fire, but they are facing difficulties because the streets of Urdu Bazar are narrow and there is a lot of smoke in that area that is making breathing problems. Raja Shaukat, the managing director of WASA is also present at the site. Rescue teams claim that they will control the fire soon. Sheikh Rasheed Ahmad, the Interior Minister of Pakistan, Sheikh Rasheed Shafique (Sheikh Rasheed Ahmad’s nephew), and the Deputy Commissioner took notice of this incident and advised the rescue teams to control fire as soon as possible. The incident area is near to the Lal Haveli that is the famous and old haveli of Pakistan and the political center for the Pakistani Politician Sheikh Rasheed Ahmad that is why they are trying to supervise that incident themselves. Traders helplessly watched their shops falling into ashes. Some shopkeepers put their lives in danger and went to their shops and tried to save their goods, and some of them got succeeded in saving their goods, and some returned empty-handed. Many videos of this incident are circulating on social media. Fortunately, no loss of life has been reported yet but unfortunately, millions of goods have been burnt. Losing things may seem upset and negative but not more than life because life does not come again.