WHY FACTS DON'T CHANGE OUR MINDS?

Everyone talks about facts, but do they accept the facts? If yes then do they follow those facts? One more question: Do facts change our minds? These are the questions everyone should think about. We know what the facts are but we don’t accept the facts means that we don’t believe in them because with acceptance there comes belief, we cannot believe in something without accepting the truth. Now the question that arises is: What could be the reason for not accepting the fact?

One reason for not believing the fact is our FEAR. Fear of happening something that we want, fear of something unexpected. Suppose someone has a little cough and he is feeling unhealthy but he still avoids going to the doctor with the belief that he is okay and there is nothing with him and he makes his mind believe that this is the reason for not going to the doctor but the actual reason is his fear, fear that what if the doctor tell some serious disease? By having fear of this, he takes his mind in the wrong direction and he forces his mind to accept the false belief.

Another reason could be that we don’t want to believe the facts because we don’t want to go into the phase of life we never expected. We know if we accepted the fact we will face difficult things in our life so we try to avoid the realities and continue to live the life we were living before. It mostly happens in the cases when realities are far away from your imaginary and beautiful life. We don’t let the facts or realities of our life to change our mind.

I, sometimes, wonder that why don’t facts change our minds? Why do we not follow the facts? Why our minds don’t stop us from doing this to ourselves? What’s going on in our lives by not accepting the facts? Why we try to prove the things that are far away from realities? Why we try to neglect the facts? Why we encourage ourselves to live in a state of false beliefs? Why don’t we think that if we continue to live like we are living then it will ruin none other than us? These questions made me think about WHY?

I got some answers on my own; I think it is because we, the humans, are Irrational Creatures. We mostly mix our feelings, emotions, and ego with the realities and facts of life. Whenever we are having an argument with someone and he is trying to change our mind because we are believing in the false believes and we are on the wrong ends, deep down we know he is saying right and we are wrong but we still don’t accept the facts he is telling and we continue to give illogical arguments because we make it a matter of our ego. Our ego doesn’t allow us to change our minds.

And sometimes we don’t let facts change our mind because we want to live in the life we have imagined, we want to live in our realities, not the actual facts so, we try to encourage ourselves with the false beliefs, we follow the logic of false beliefs, we tell our mind to believe on the illogical reasons and lame excuses, and we force our mind to stay in the word of wrong believes.

All these things will push into a life that is a complete lie, that is based on our fabricated and so-called facts, and that doesn’t actually exist. We shouldn’t let that happen, we should not let our minds change the facts but we should let the facts change our minds.

Accept the change and live a life of realities, not lies. 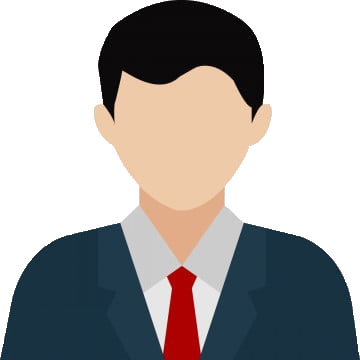